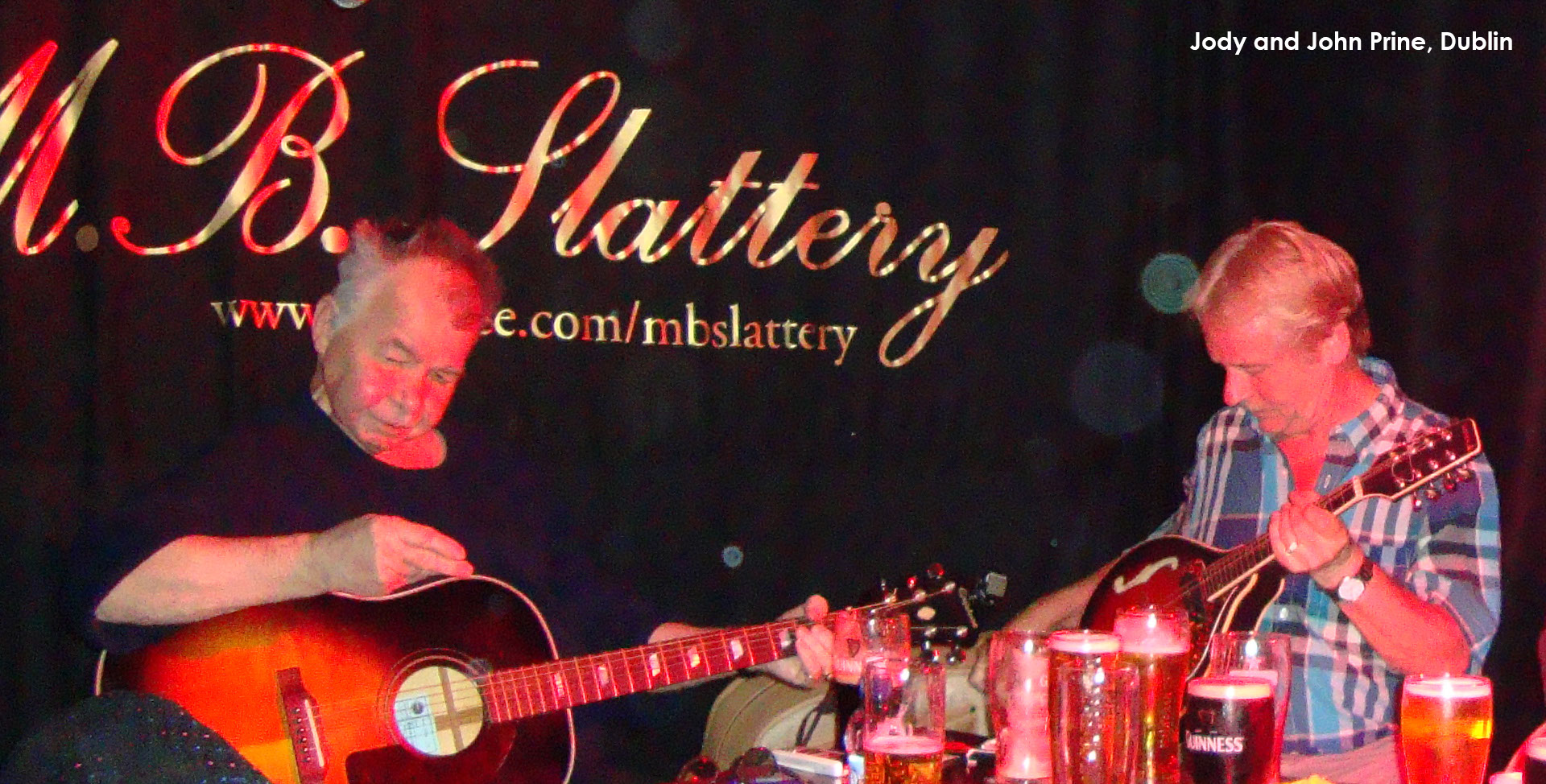 Born and raised in Dublin, Ireland, Jody Pollard has over 30 years experience playing electric, slide, acoustic  guitar, bass & mandolin. A proficient song writer and vocalist. He has performed with top bands in Ireland, UK, France, Belgium, Holland, The Greek Isles, Canada and the US. including Rock Bands’ Skid Row, Fudd, and Irish Folk Rock band, Shanty Dam. He has played the Reading Music Festival, One of the UK’s top venues: The Mean Fiddler and Fleadh Music Festivals also.

Jody has also performed with famous European acts such as Joe Dolan and Has worked with Phil Lynnot of Thin Lizzy fame, Colm Wilkinson of Jesus Christ Superstar and Les Miserables fame, Sean Keane of The Chieftains, Rob Strong and Enya’s sound engineer Nicky Ryan to mention a few.

Jody has toured with bands and as a solo artist throughout Europe and North America. Performed on televised venues and supported acts including Emerson Lake and Palmer, The Who, Genesis, Wishbone Ash, Focus, Van Morrison and Argent. One of Jody’s favourite performances was playing the Melody Makers poll awards concert to an audience of 30,000+

Since playing in every town in Ireland, Jody moved to London, UK, and continued his successful career over there. He moved on to New York for a short spell but decided that he had enough of big cities and headed south to Florida.  Jody always had an desire to live in the sunshine and now resides in Palm Beach County in South Florida.